Today begins a new chapter in my life. Though, perhaps it’s more fitting to say the new chapter is starting again.

A little more than a year-and-a-half ago, I published a book: Intentional Leadership: How the Best Leaders Create the Future. Along with that came a new website and a blog.

The goal was to publish articles at least once a week, grow my subscriber list, and use that success to build my company and business.

The problem is a little more than a year-and-a-half ago is the last time many of you heard from me.

And that was one more failure added to, in my head at least, a seemingly unending list of failures that had preceded it.

Failure is the prerequisite to success

I hate failing. Which is odd for, as someone once said, “I’ve failed so often, I should be used to it by now.” But I’m not—and I still hate it.

I never understood those who said the quickest way to success was to fail and therefore, we should fail more quickly. I’ve read all the sappy platitudes about failure; you know the ones I’m talking about.

Yuck. I respected many of the people to whom those quotes are attributed, but I couldn’t believe them.

My view of failure was much like that of one of my writing mentors, Jeff Goins.

“For a long time, I had a weird relationship with failure. It was a dark cloud to be avoided at all costs. Even if that meant doing nothing. Doing nothing would be preferable to failing.”

This is why for a little more than a year-and-a-half, I haven’t written anything.

It didn’t matter to me that, as a failure, I had joined a good group. It is said that

Things are starting to change

It didn’t matter. Even though I had joined the “Failure Hall of Fame,” I found my failure(s) painful, demoralizing, demotivating, embarrassing, depressing, and paralyzing.

Thankfully, however, I’m starting to notice a change. In my older more mature years (sarcasm intended), I finally realize that failure really isn’t “fatal.” It really is merely another step on the way to success.

Did that change occur overnight? No. Remember the phrase, “a little more than a year-and-a-half ago?” It’s taken quite a while.

Thanks to some valuable counseling, the encouragement of some dear friends, and the guidance of choice mentors, I’ve come to realize something significant.

There’s something worse than failure

Failure is an unfortunate result; doing nothing is a deadly choice.

Theodore Roosevelt was right. “It is hard to fail, but it is worse never to have tried to succeed.”

While I do not like a failure, I am coming to realize that living with regret would be far, far worse.

Are you the kind of person who has given up not only on life but also on yourself? When you come to the end of your life, will you be able to say, ‘I gave everything I had,’ or will you have a hollow feeling inside of your soul that you quit too soon, that you expected too little, that you did not strike the last arrow?”

My counselor, friends, and mentors have been faithfully challenging me not to do nothing but to go for it, take the risk, and begin again. And I’ve been listening.

So, today begins a new chapter in my life. I’m renewing my commitment to the goal of publishing weekly, growing my subscriber list, and using that success to build my company and my business.

I’ve adapted the same commitments that James Clear made more than 400,000 subscribers ago.

Will I succeed? Maybe. Maybe not.

“But the fear of never knowing whether success was possible is far more intimidating than the prospect of failure. I don’t want my dream to die, but I know it can’t possibly live if I never try.” —Tim Sinclair

I’m guessing you have a few hopes and dreams, too.

Do you have a book you want to write?

Is there a business you’ve been thinking about starting?

A trip you need to take?

Is there an initiative you’re convinced you need to start with your current business?

Why haven’t you done it yet? Is it because you’re afraid you might fail?

Is there something you’ve failed at but know you need to begin again?

Which of your dreams do you need to risk everything for but haven’t because you fear a less than glorious outcome?

Don’t let the dream die; give it a chance to succeed.

Join me; we can fail forward together.

Did you find this helpful?

Please share it with your friends and colleagues and invite them to sign up for my weekly articles here. 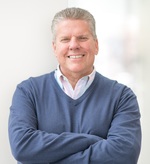 Success! Now check your email to confirm your subscription.

Here’s where you can find Dave on social media